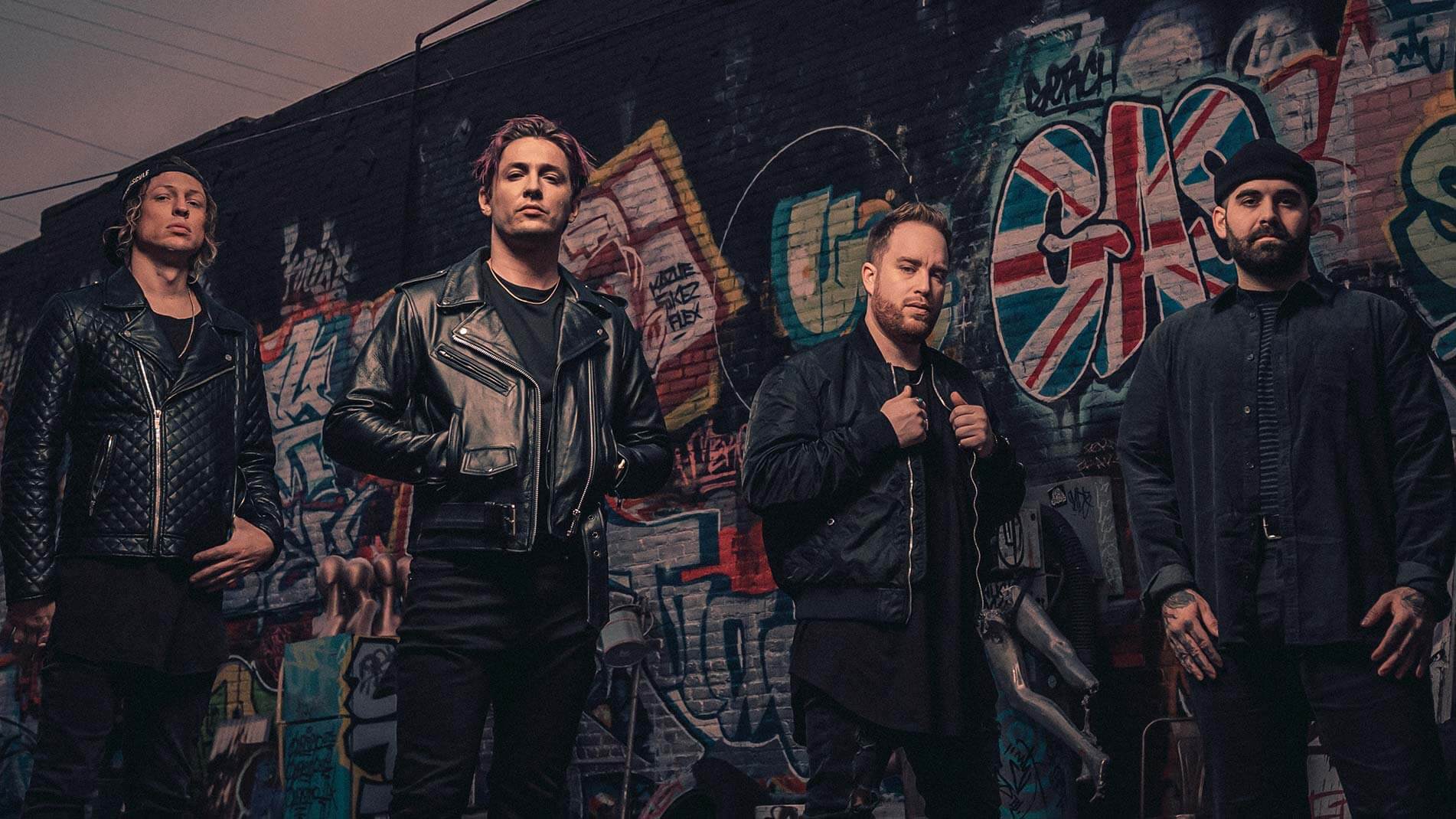 MONOMANIA | Out Now
Watch the "No Way Out" Video Now

THE WORD ALIVE — The future matters the most. By always looking ahead, The Word Alive spurn genre distinctions and urge alternative music forward through the seamless integration of cinematic electronic fits and undeniable melodies into hard-hitting heaviness. The Phoenix quartet—Telle Smith [vocals], Tony Pizzuti [guitar, vocals], Zack Hansen [guitar, vocals], and Matt Horn [drums]—leap ahead yet again in 2020. With playlist-hopping ambition and hypnotic honesty, the group made a conscious decision to boldly and collectively evolve.

“After our first ten years, we looked at The Word Alive as a whole,” says Telle. “We had two options. We felt like we could go backwards and piggyback off our early records, or we could continue down the path we’ve been going on for the last couple of albums and really try to create a signature sound. That’s what we chose. We wanted to do something different and push the boundaries of what we’re capable of. We’re really taking risks.”

Since emerging in 2009, their first decade comprised of Deceiver [2010], Life Cycles [2012], Real. [2014], and Dark Matter [2016], reaching a high watermark on Violent Noise in 2018. Bringing their total streams past 120 million, the latter includes “Why Am I Like This?” [10 million Spotify streams] which creates a diverse three-headed monster between “Misery” [13.8 million Spotify streams] and “Trapped” [13.7 million Spotify streams] that over the last few years has taken the band to new heights in addition to garnering acclaim from the likes of New Noise who asserted, “Their excellent and engaging Violent Noise has all the hallmarks of a band at the peak of its powers.” After a triumphant decade anniversary tour, the group once again set their sights on the future.

Teaming up with producer Erik Ron [Godsmack, Motionless In White, Nothing,Nowhere.] in the studio, they upped their game all-around. For the first time, they wrote ideas, sat with the nascent songs, allowed them to settle for a few months, and returned to focus on infusing live energy into the initial framework. Additionally, they expanded their sonic palette by nodding to influences as diverse as Hans Zimmer’s cinematic grandiose to incorporating hip-hop and electronic soundscapes in a way that can only be described as refreshing and captivating.

“Vocally, I also spent a lot of time honing on the character of my voice and the emotion of the song,” he goes on. “It was about intertwining the two and having the songs speak the language of whatever emotion we’re trying to express. You’re truly going to hear the pain, the angst, the joy and the sadness on this record.”

That comes across on the first single “Burning Your World Down.” Bridging all eras of The Word Alive, it teeters between synth swells, gut-punching riffs, and a hypnotic hook, igniting a new era and setting the stage for their sixth full-length.

“It’s a perfect middle ground,” Telle goes on. “It has a bit of what The Word Alive fans love about our band, but it’s also meant to get everyone warmed up for what’s next. Lyrically, it’s about recognizing your role in your life and how much control you have over what you do. A lot of times, we let others dictate how great we can be, what we do, and what we say. We’re often afraid to unapologetically be ourselves. ‘Burning Your World Down’ is about falling into the trap

of being someone you’re not and breaking away. If I have to let go of someone or go completely against what another person says, I’m willing to do so in order to be me.”

In the end, The Word Alive burn as brightly as ever in 2020 and beyond by being themselves.

“When you listen to our new music, I hope you have a better understanding of our entire career,” he leaves off. “Maybe you can see the whole story and realize that we’re not different from you. We’ve been through it all, but we’re always trying to learn, grow, and leave something behind we feel will help people. This is our purest work. This is everything we’ve been through in the last couple of years. It’s the best conclusion of the last ten years and the best opening to the next ten.”