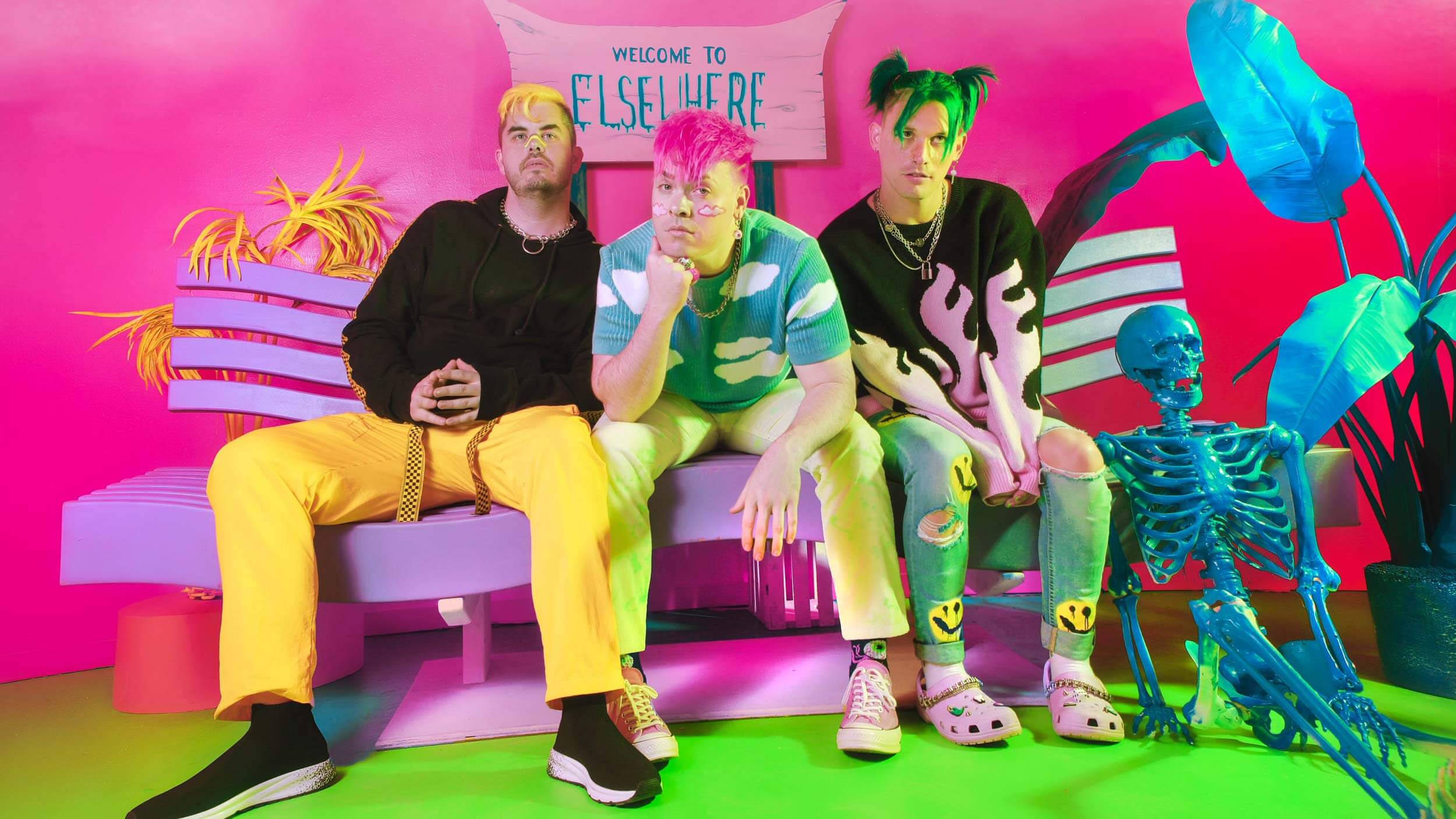 Shop all products
Los Angeles-based band -comprised of Cody Carson (vocals), Zach DeWall (guitar) and Maxx Danziger (drums)- have become known for creating their own original brand of pop music, infusing bold electronic elements that guide loud, driving rock instrumentations with guitar riffs as catchy as the choruses and an overall feel-good, dance-worthy vibe. Commanding attention, Set It Off bring authenticity back to pop music in a bold and unapologetic way. The group’s latest full-length release, Upside Down, was noted as one of the “Most Anticipated Albums of 2016” by Alternative Press Magazine and follows the band’s sophomore album, Duality, which debuted at No. 18 on the Billboard Independent Chart. The band’s debut full-length, Cinematics, debuted at No. 1 on the Billboard South Atlantic Heatseekers Regional Chart, No. 4 on Billboard Heatseekers Chart, No. 9 on Billboard Next Big Sound Chart, and even broke into the Billboard Top 200 chart. Now, Set It Off of come to Fearless Records for their next chapter with the dynamic new single, “Killer In The Mirror,” which affirms the band have reached a higher level of musicianship. The new track serves as a preview to some of the band’s upcoming, most edgy and pop-driven anthems to date.