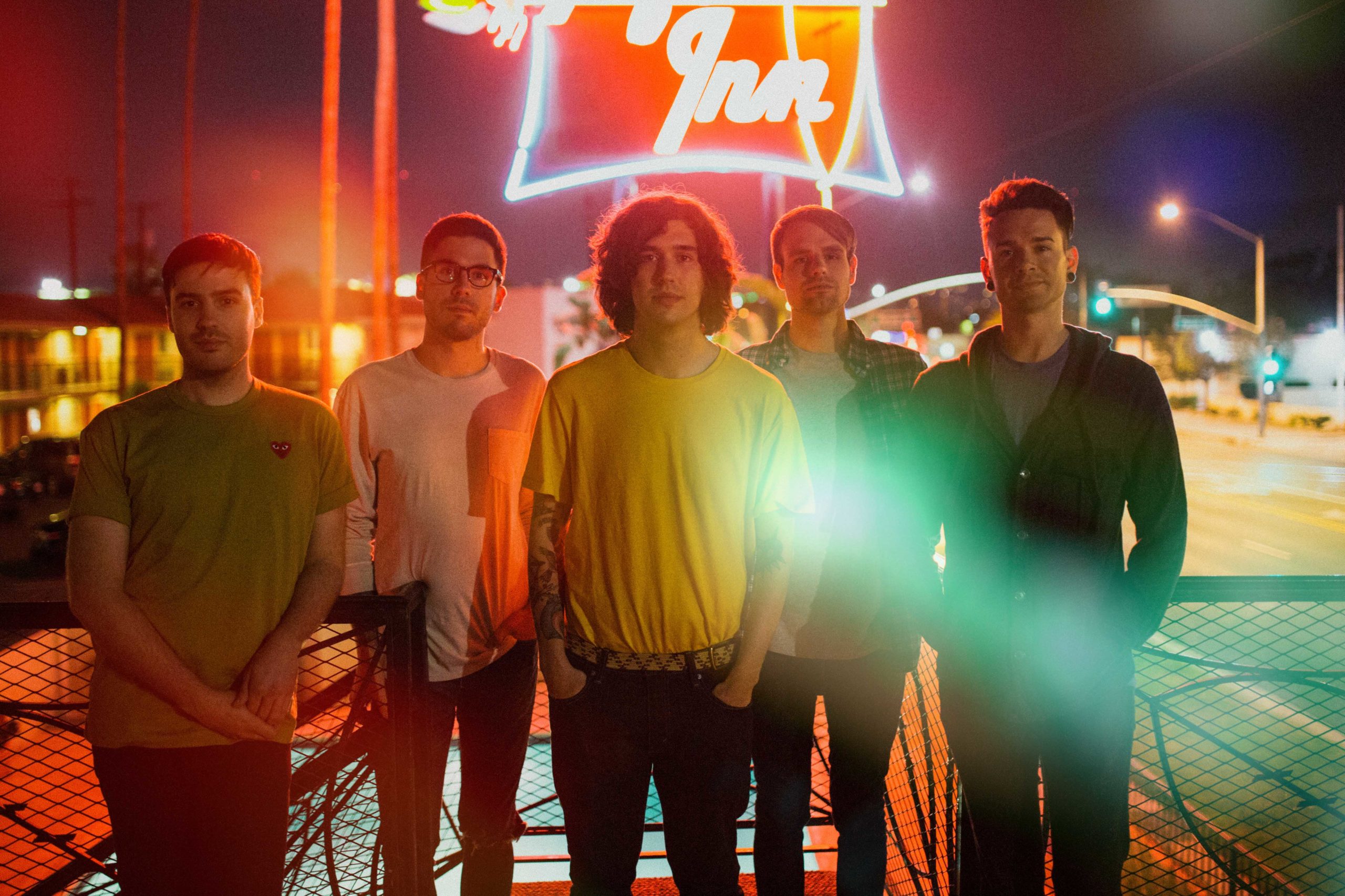 REAL FRIENDS – Real Friends make a major leap towards a space of serenity and confidence on their appropriately titled third full-length album, Composure [Fearless Records]. The Tinley Park, IL quintet—Dan Lambton [vocals], Dave Knox [guitar], Eric Haines [guitar], Kyle Fasel [bass], and Brian Blake [drums]—perfect their patented one-two punch of punk and pop, while penning their most personal tunes to date. Following a whirlwind of touring in support of 2016’s The Home Inside My Head, the band dove into writing a year later. They headed to Los Angeles to record with producer Mike Green—who helmed a handful of tracks on The Home Inside My Head. Musically, they built on this incredible foundation by pushing themselves as writers first and foremost. Despite harnessing instant chemistry with Green, the process presented a myriad of challenges as Dan’s bipolar disorder worsened. The vocalist openly shared his journey and struggles on social media, engendering empathy and eliciting similar stories from the fans. It strengthened the Real Friends community in the process and set the stage for Composure. The album’s first single “From The Outside” hinges on an off-time riff that swings into a confessional chorus as Dan sings, “From the outside, I seem fine. On the inside, I’m still sick. The pill’s a temporary fix.” Each word immediately connects as the music reflects a frenetic and fiery feeling. In the end, Real Friends have certainly come full circle, found their composure, and remain ready for their brightest chapter yet.