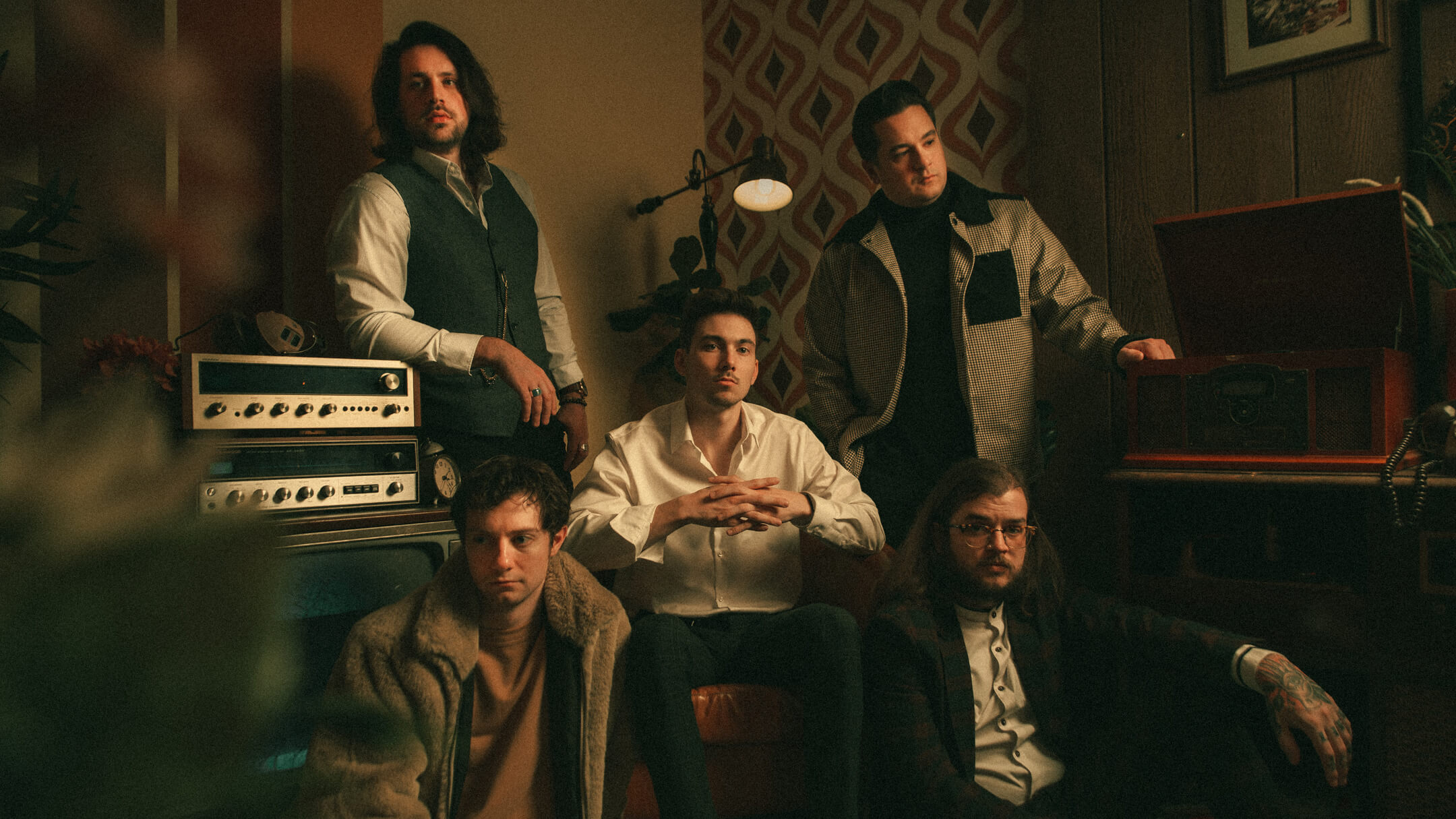 Five best friends from a blue-collar American city got together and started a band. They took intimate urban stories of broken hearts, bad drugs, blissful sex, and busted dreams and turned them into one alternative rock cult favorite after another. Then, they crossed into the next dimension with a bold depiction of the big sound they’d always hinted at uplifted on a high of gospel harmonies, horn solos, and the kind of lyrics you get tattooed in places you want people to see (and places you don’t want people to see). This is the story of Grayscale so far and how they got to their third full-length album, Umbra [Fearless Records]. After racking up 50 million streams and receiving praise from Forbes, Billboard, and more, the proud Philadelphia quintet—Collin Walsh [lead vocals], Andrew Kyne [guitar], Nick Ventimiglia [bass], Dallas Molster [guitar], and Nick Veno [drums]—open up themselves and their sound throughout these eleven tracks. “This band is how we express ourselves,” affirms Collin. “I come from an old school Irish family that didn’t talk about feelings. This band means so much to me, because I’ve been best friends with these guys since I was 13-years-old. We’ve known each other for 60% of our lives at this point. These are real stories. We love what we do. It’s why we’re alive.” Their music feels just as alive… The boys introduced themselves on 2017’s Adornment. However, they reached a critical and creative high watermark with Nella Vita in 2019. In a “four-out-of-five star” review, KERRANG! hailed it as “brilliant,” and Rock Sound called it “Grayscale’s most intensely personal body of work to date.” Forbes went as far as to christen them “one of the alternative rock scene’s finest new bands.” Within a year, the record posted up 15 million-plus streams as they sold out headline dates coast-to-coast. Under lockdown in Philadelphia during the Global Pandemic, they worked on music with producer Courtney Ballard, finding “a new trail.” That trail wound through influences as diverse as Andrew’s background playing R&B, soul, funk, and gospel in church and Dallas’s fascination with all things eighties. They even invited Reel Big Fish’s Matt Appleton to pepper the soundscapes with live horns. “As musicians, we want to do everything as a band first,” states Collin. “We don’t want to initially write in the computer. It’s about getting in the room and playing.” Together, they struck a balance between darker lyrics and brighter melodies as evidenced by the title, Umbra. “In a celestial sense, Umbra is the area of complete darkness in an eclipse,” he explains. “It’s a shadowy interior that would otherwise be surrounded by light. The sound of the record is pop rock on the outside, but when you listen to what I’m saying, the stories on the inner core are sexual, vindictive, and wicked. That’s the concept. It reflects the authenticity of who we are as an East Coast rock band. We’re not trying to be anything other than exactly what we are.” Grayscale introduce the album with the single “Dirty Bombs.” A thumping groove underscores the verses as the track builds towards a skyscraping refrain offset by a
hummable guitar solo and heavenly keys. Meanwhile, the frontman urges, “Just be yourself, it’s not so bad.” “‘Dirty Bombs’ asks a few questions,” he goes on. “Why do you care more about what other people think of you than what you think of yourself? Why do people in 2021 spend so much time fucking projecting how they want to be perceived rather than working on themselves? There are all of these twisted lessons. You have to understand it’s a process. You’re going to be faced with good shit and fucked up shit in life. It’s a big theme.” In the end, Grayscale continue to move forward—all heart and no apologies. “This is the realest version of us,” Collin leaves off. “We did some soul searching as a band, and we arrived exactly where we want to be. There’s no bullshit. This is whowe are. If you’re on board, thank you. Now, let’s see where it goes.”